Segmental retaining walls, when built properly, are long-lasting solutions to building a functional space. They will allow you to turn a sloped yard into a flat space and allowing you to make the most functional use of it. However, if not properly built with several variables considered in the engineering of a wall, it will quickly turn into an expensive undertaking. When built correctly, retaining walls take into account several variables including the static and dynamic loads that it experiences. Failure to account for these loads will lead to the failure of the retaining wall.

There are signs that you will begin to notice that shows that your retaining wall is experiencing the initial signs of failure. It is at this point that these signs should be investigated further. Though the most important step is to have the retaining wall built properly in the first place. That being said, if you are reading this then you are likely inquiring about what a failing retaining wall might look like and how you may be able to remedy the situation. Unfortunately when it comes to retaining walls, there is no easy fix.

In our business, we do not touch retaining wall fixes unless we are tearing the entire thing out and rebuilding from scratch. There are too many liabilities with retaining walls falling over or falling apart to rely on someone else’s prior work to build on top of or to repair. If you are experiencing the beginning signs of a retaining wall failure, the best thing to do is to investigate what may be causing the failure and re-building to prevent that from happening again. You do not want that retaining wall to fall over when someone or something is present that can be hurt or damaged.

In this article we cover issues that are specific to segmental retaining walls. These are walls that are built of individual wall units. They are the most long enduring walls if they are built properly because of their strength and flexibility. Other retaining walls that you may see made of wood rot quickly and must be replaced or are one unit structures that cause future issues of cracking. When a wall is made of many individual units it can flex with the movement of the earth under freeze-thaw cycles.

Here are some common signs of a failing retaining wall and what the issues may be that are causing the failure.

This white staining on the face of a retaining wall can be common when first installed as it is a by-product of concrete. It is called efflorescence and it is a mineral that is released with the presence of moisture. It can be cleaned quite easily with an efflorescence cleaner. However, it can become an issue if the staining returns season after season. It can only appear with the presence of moisture, which for a retaining wall is not good. This means that there is moisture present in behind the wall that is not escaping and it is putting hydrostatic pressure on the wall. This is likely because proper drainage was not installed in behind the retaining wall that allows the water that enters the system to drain freely through the backfill and into a drainage pipe, exiting from behind the wall. This buildup of pressure will force the wall forward, especially with freeze-thaw cycles. 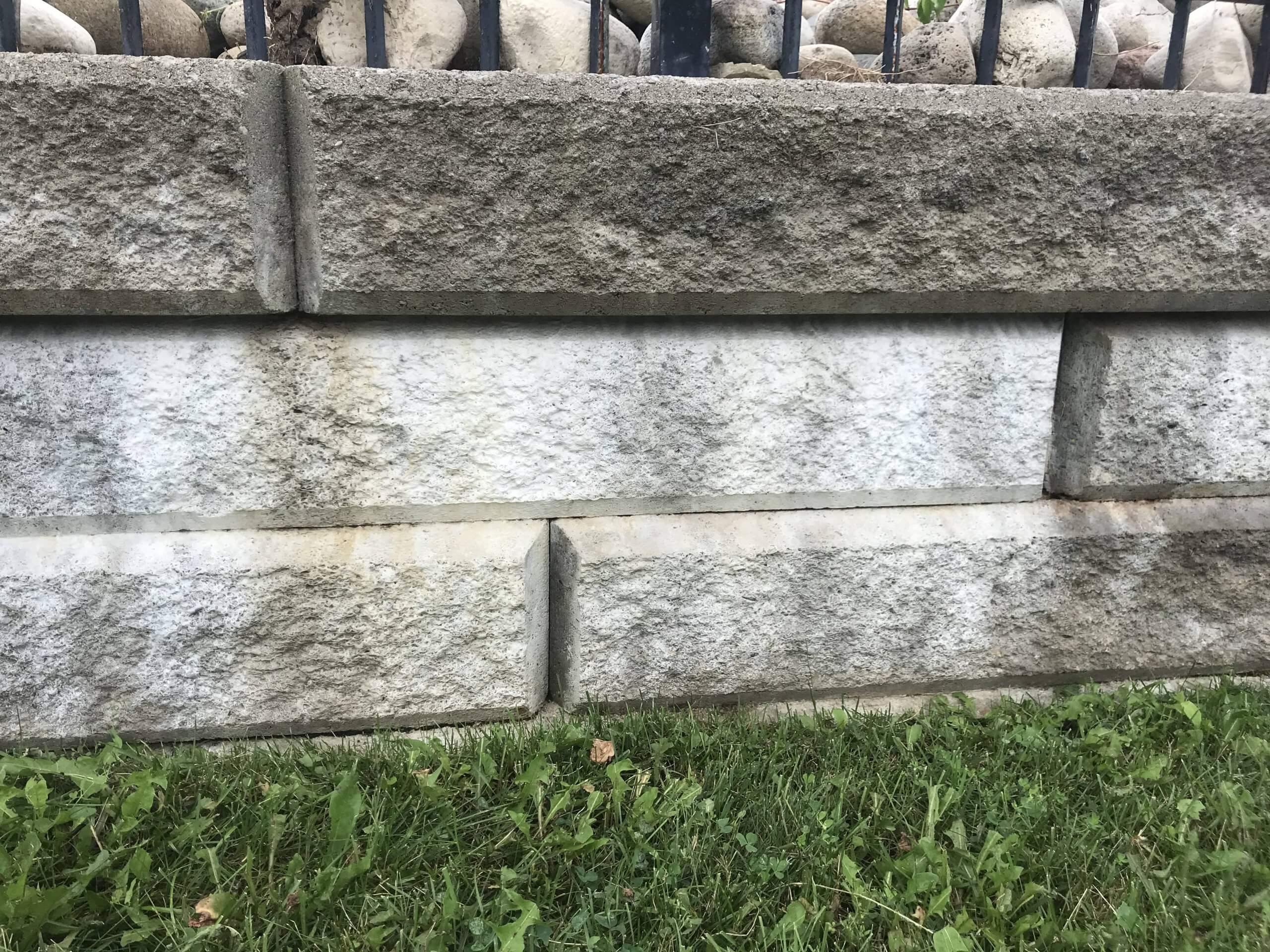 If a wall is beginning to lean forward, there can be several variables that are causing this. It could be because similar to that above where there is hydrostatic pressure building up behind the wall due to poor drainage. However, there are numerous other problems that could exist The wall blocks may not have been meant to be built at the height that the wall is. Each manufacturer has a specified height that their wall products can be built to base on their dimensions, weight, and locking mechanism. In order to stretch this a little bit further, a wall can be built with a batter or setting back the wall units into the retained area as opposed to being 90 degrees from the ground.

Additionally, the wall may not have been engineered properly to withstand the surcharge or the load that is being applied to it. This could mean the static load of a building or structure in behind the wall or the dynamic load of vehicles driving in behind it. Either way, a wall requires adequate engineering if it is to withstand these forces. 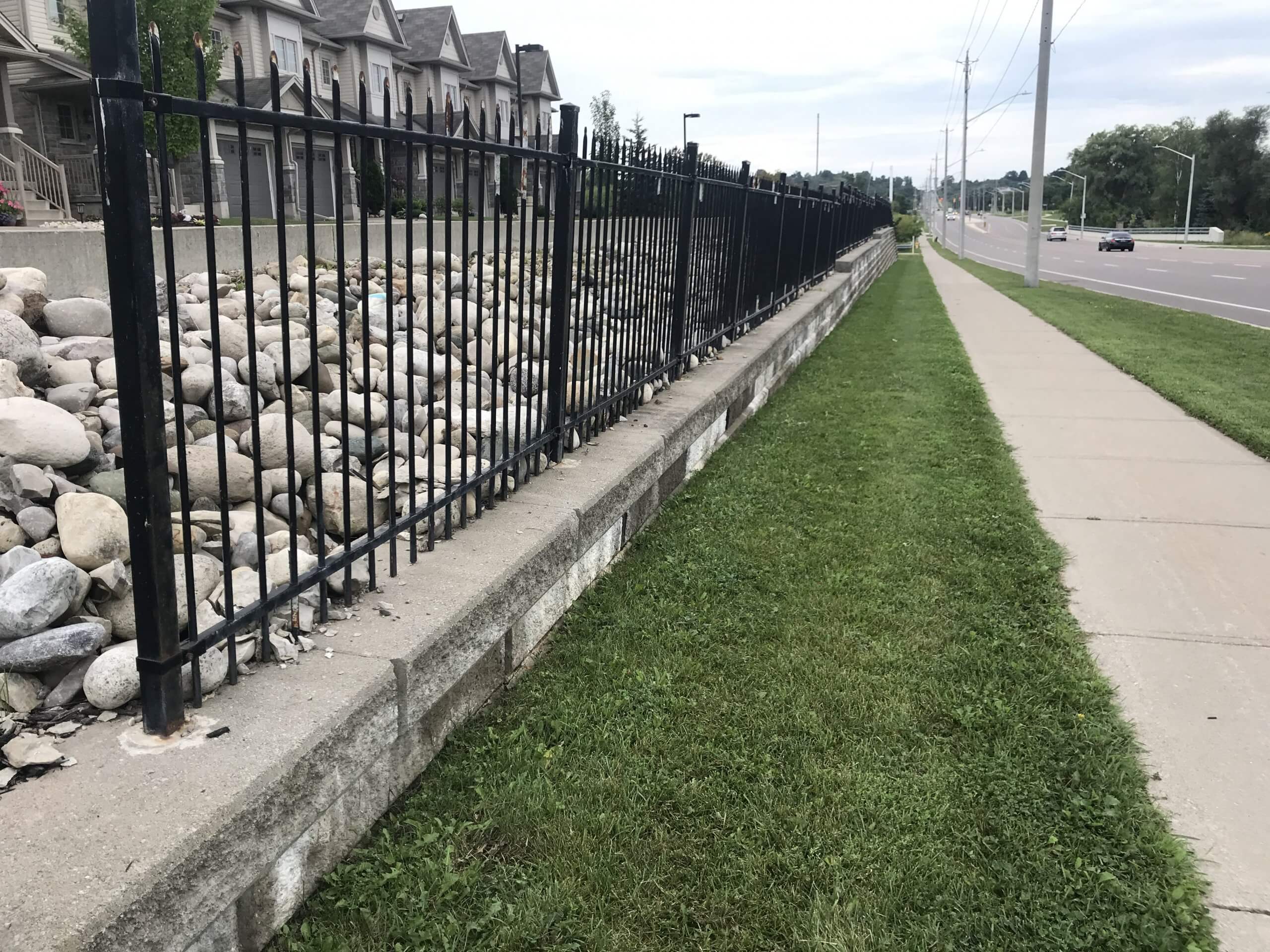 If the wall looks like the bottom of it is beginning to fail, it is likely because there is not enough embedment of the retaining wall. There is a minimum of 6″ embedment of the retaining wall into the ground to ensure that the wall does not begin to fail from the bottom courses. If you can see exposed base material or dig down a little bit and see the final block, the wall is not embedded properly.

Unfortunately if you are experiencing these issues, it is likely only going to build up until the wall falls over or something happens to it. At least with this guide, you can investigate what may be causing the failure and prevent it from happening with a new build. It is always less expensive to build it right the first time, even if the price is much more expensive than you had imagined. Retaining walls are not inexpensive structures and the majority of the cost is in what you do not see in the final product. 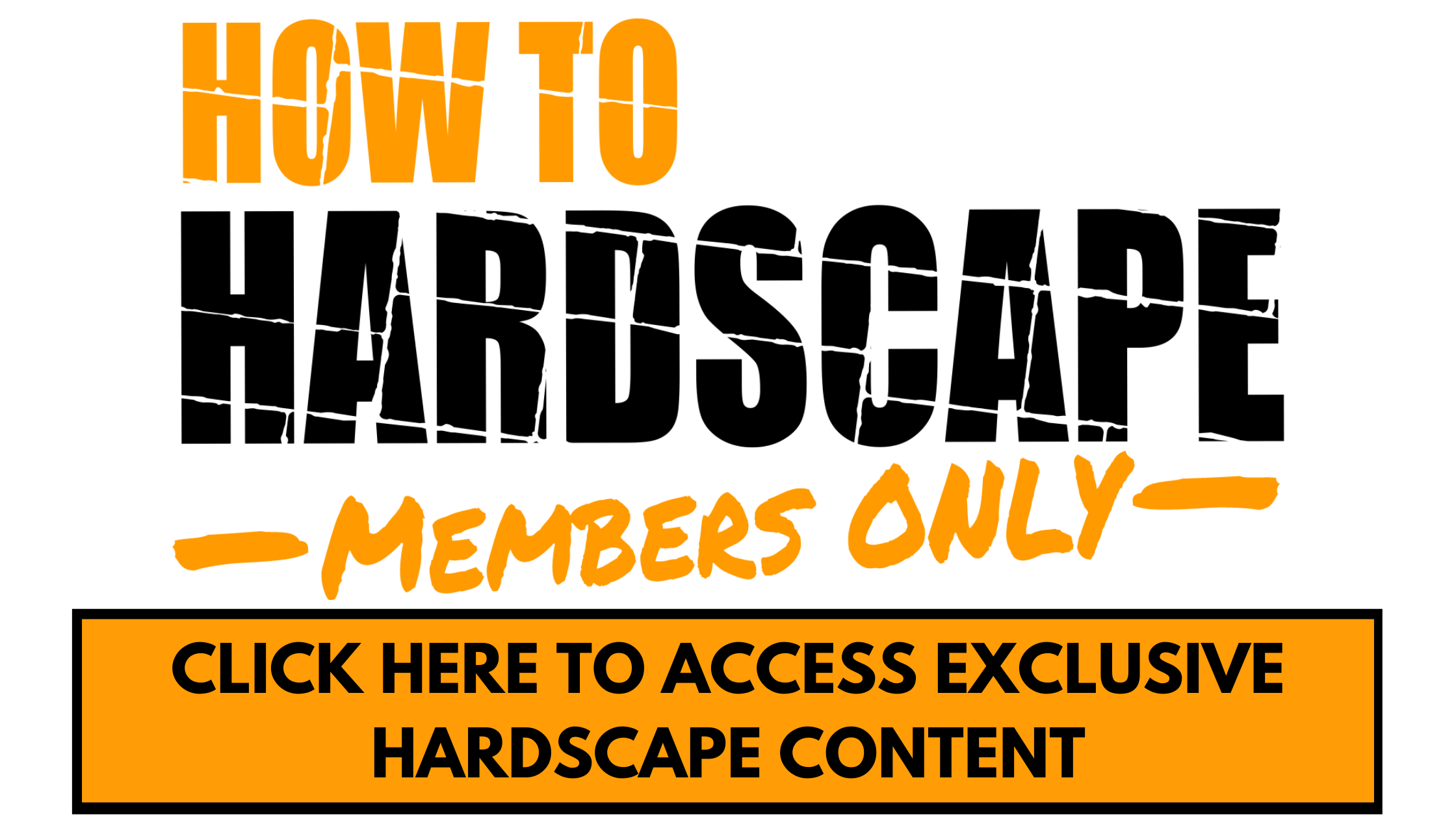