With numerous options for jointing compounds on the market currently, there is one that still mostly dominates as a solution for filling in the joints of interlocking concrete pavement. It is crucial to have a quality product installed into the joints of pavers to provide the interlock required in this system that will be able to bear the loads it will support. This is where polymeric sand comes in. It is a popular choice for a jointing compound to be installed and has come a long way with developments by manufacturers since its inception into the hardscape industry in the early 2000s.

Once activated, polymeric sand requires 30 days to fully cure and a varying amount of one or two days before vehicular traffic can be traveled over it. The 30 day curing process (or what the manufacturer states) is important because in that timeframe, you would not be able to seal the pavers. 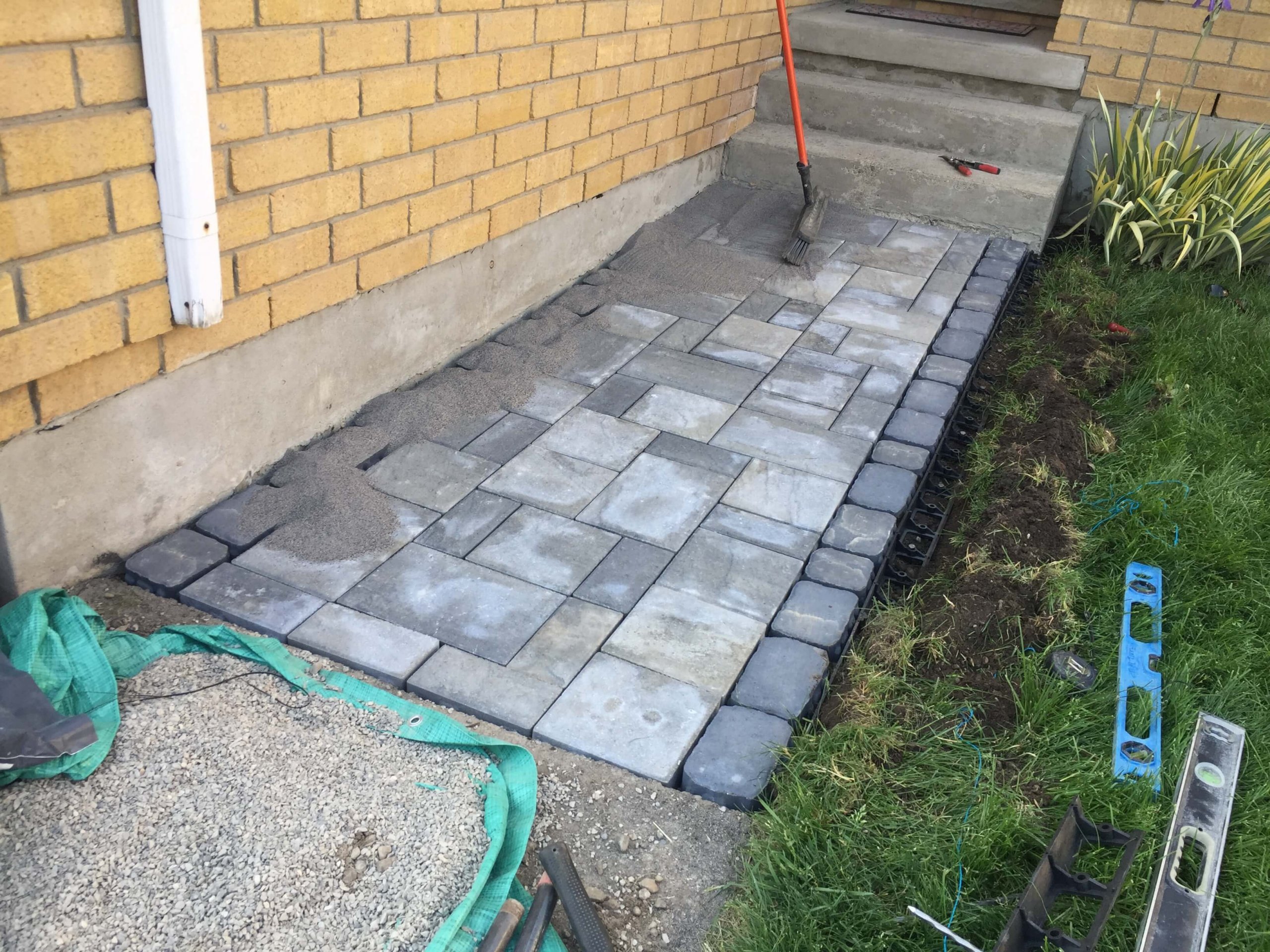 Through multiple generations of polymeric sands introduced by various manufacturers, it has really improved in technology. Nowadays it is easy to find polymeric sands that claim to be haze free meaning that they do not leave a cloudy hazing on the surface of the pavers after the sand has been activated. There are polymeric sands that are rain-safe in 15 minutes whereas before it was recommended that at least 24 hours of sun was necessary. Some have limited dust allowing you to install without needing a respirator of some sort to prevent breathing in the dust that comes with dumping out the sand and sweeping it around. You can even find sands that do not require compaction to consolidate the sand to the bottom of the joints. Polymeric sands come in a variety of colors, though the most prominent are grey and tan with varying shades in those depending on the region the sand was manufactured in. Black and white are also available as polymeric sand colors.

What is in Polymeric Sand

Polymeric sand varies from manufacturer to manufacturer. The most basic of ingredients are sand and polymers. More complex, manufacturers use fine quartz and silica sand at varying gradations depending on the manufacturer, polymers, and sometimes a Portland Cement and/or colorants are added.

How to Use Polymeric Sand

Polymeric sand has a set of steps that are necessary to follow in order to ensure that it does not fail. These include cleaning the surface, sweeping the sand, consolidating the sand with a vibratory plate compactor and a protective layer between the compactor and pavers, repeating these steps until the joints are at the recommended level, and water activating the sand. It is a tedious process where every step is just as important as the last.